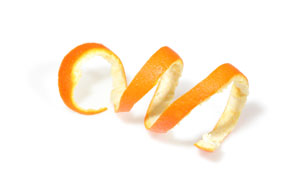 By popular demand, we created this Earl Grey 'cream' blend. Comforting flavors of vanilla and cream combine to soften the citrus notes of traditional Earl Grey. Your taste buds will swoon at first sip of our Earl Grey Moonlight.
Black Tea | High caffeine | Steep at 212° for 3-5 minutes.
Tea Timer 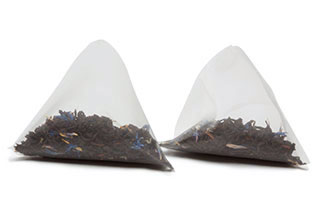 Our teabags contain the same high-quality tea as our loose-tea offerings. Their pyramid shape gives the leaves plenty of room to unfurl and infuse, placing more flavor in each cup. Enjoy the superior flavor of gourmet tea with the convenience of a disposable bag.
teabags
15 full leaf pyramids
$9

Le Voyage de La Lune is a 1902 film by Georges Méliès. One of the first science fiction films that follows a group of astronomers who visit the moon, where they encounter several strange sights and unfriendly aliens before returning home. It also features the iconic shot of the Man in the Moon with a rocket in his eye. Méliès is known for his pioneering special effects in film and was featured in the award-winning book and novel The Invention of Hugo Cabret. We think our tea is out of this world too, but no promises on the aliens. 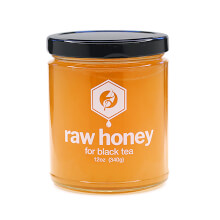 Layered character of this raw honey is an ideal sweetener for black teas, adding notes of spice and fruit.
12oz
honey for black tea
$9 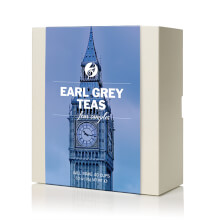 Ask a question about earl grey moonlight and have the Adagio Teas community offer feedback.

This might be a ridiculous question, but the 'natural creme flavor' makes this non-vegan, correct? This was my favorite black tea, but I've gone vegan so I think I'll have to find a different Earl Grey!

Asked by Sara Dominguez
on September 8th, 2016
2
VIEW REPLIES
HIDE REPLIES
I just brewed the first cup from a new bag (received 4/2017), and... it's different. It's got a coconut flavor, I think? Something like that. This has been my daily tea for years now, and this batch is not the same as usual. Has anyone else noticed this?
AS
Asked by Ann Scranton
on May 7th, 2017
3
VIEW REPLIES
HIDE REPLIES
I'm fairly new to tea, but every time I brew this is turns bitter. I like to steep mine 3 to 5 minutes, but am I steeping it too long? Is the temperature (212) too high? How can I keep it from becoming too bitter without adding sugar?

Asked by scathach ASW
on May 2nd, 2018
6
VIEW REPLIES
HIDE REPLIES
How many steepings can you get with this for a 16-oz steeper. 2 teaspoons. We have just found this company and are trying to figure out the number of steepings compared to our old tea company.

Asked by Ian Wilz
on December 16th, 2017
1
VIEW REPLY
HIDE REPLY
Is there a way to find out how much caffeine is in one cup of this tea if brewed according to directions? I love strong black tea but have to watch my caffeine intake for health reasons.
GC
Asked by George Castro
on March 7th, 2018
2
VIEW REPLIES
HIDE REPLIES
How much sugar and carbs would be in this tea?

Asked by Chris
on July 22nd, 2019
1
VIEW REPLY
HIDE REPLY
What kind of black tea is used to make this Earl Grey, is it Ceylon?

Asked by C C
on September 10th, 2020
1
VIEW REPLY
HIDE REPLY
Will there ever be a decaf version of this? It's one of my favorites--it would be nice to be able to drink it any time of the day!

Asked by A K
on August 17th, 2020
3
VIEW REPLIES
HIDE REPLIES
What is the ratio of water to tea? How many cups of tea can be made with a 16oz. container of tea? Thanks
DC
Asked by Dorothy R Carrasco
on November 29th, 2020
2
VIEW REPLIES
HIDE REPLIES
Do we know if the farmers are using herbicides and pesticides on their farms which would seep into the tea leaves?
LB
Asked by Lisa Branagan
on June 1st, 2021
1
VIEW REPLY
HIDE REPLY
Are the “natural flavors” completely natural or manmade?
BS
Asked by Britni Smith
on January 15th, 2022
1
VIEW REPLY
HIDE REPLY

We import directly from the artisan farmers whose names and faces you'll find throughout our website. This makes our products fresher than those offered by the companies who use middlemen and brokers, and also less expensive. Here's a comparison of how much more you'd be paying by buying this elsewhere: