A Quick Guide to Chai 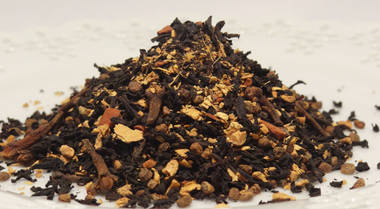 Get the spices flowing from your teapot! A staple in many cafes and coffee houses, Chai has seen a surge in popularity in recent years. Many shops offer a variety of blends with different flavors to suit the experienced and novice chai drinker.

While an everyday part of life today, historically tea in India was considered a medicinal drink and made with only spices. It wasn’t until British rule in India that the tea bush was cultivated due to concerns over the monopoly China had on the tea industry: this gave rise to a new and stronger variety of tea: Assam. As the tea industry grew, tea was accepted in India as a daily beverage, though the inclusion of spices was discouraged by the tea industry because less tea leaves were used. Nevertheless, Indian chai wallahs (or tea vendors) continued to add spices to their tea blends, leading to the popularity of masala chai that continues to this day. 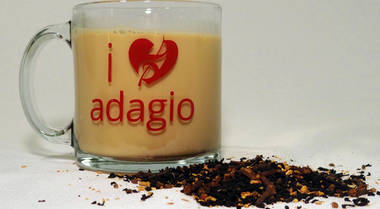 The Building Blocks of Chai

Because everyone likes to customize it to their personal taste, there is no official recipe for masala chai. However, masala chai recipes are typically composed of water, milk, tea, sweetener, and spices with other additional ingredients added in to suit the taste of the drinker.

While it can come premade in tea bags, loose tea blends, instant powdered mixtures, and concentrates, some enjoyers of masala chai prefer to make their own blends with freshly cracked spices and a tea of their choice. Indian blends tend to have an herbal, spicier flavor while Western blends tend to be lighter and sweeter.

While traditionally masala chai is made by brewing the tea and spices directly in milk, many recipes call for a mixture of one part milk to 2-4 parts water. Buffalo milk is the milk of choice in India, but cow’s milk is a more accessible alternative outside of India. Sweetened condensed milk or whole milk is preferred for a creamy beverage, but you can use reduced-fat milk as well. For an even stronger brew, chai can be prepared without milk altogether simply by steeping the tea and spices in water.

Usually a strong black tea (such as Assam) is used in masala chai so the spices and sweeteners do not overpower the taste of the tea, however some people like to make their chai with green, herbal, or milder black teas. Some popular alternative teas are Darjeeling (a mild black tea), Gunpowder Tea (a Chinese green tea), Yerba Mate and Rooibos (herbal teas) to name a few. Depending on the type of tea used, the chai blend can have differing caffeine levels, with black tea and yerba mate blends having higher caffeine content, green having lower, and herbal generally having none.

Warm spices are used in most masala chai blends, but there are sweeter and earthier chai blends as well. Ground ginger and green cardamom pods are common ingredients, but cinnamon, star anise, fennel seeds, peppercorn, nutmeg, cloves, cardamom seeds, and ginger root are also very popular in chai blends. Some blends even include spicy flavors like chili, allspice, and cumin, sweeter flavors like vanilla or chocolate (popular in the West), and earthier flavors like cacao and saffron. In addition to spices, sweeteners such as sugar, brown sugar, palm or coconut sugar, syrup, or honey can be added. Interestingly enough, in Bhopal, India, some chai wallahs add a pinch of salt to their chai.

In addition to masala chai, a lighter, subtler chai exists called Kashmiri Chai (or Noon Chai after the word for “salt” in several Indian languages). Instead of using black tea and warm spices like a traditional masala chai, Kashmiri Chai uses Gunpowder Tea and added flavors like almonds, cardamom, cinnamon, cloves, and saffron. A pinch of baking soda is added to give the brewed beverage a pinkish color and is typically served without sweetener. It is often enjoyed at breakfast and supper and is sometimes served with chopped almonds and pistachios on top. 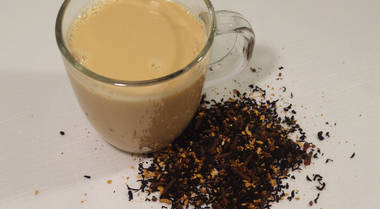 How to Brew Chai

• The longer the chai mixture is steeped, the stronger your chai will be. Be careful about oversteeping your chai.

• Make sure not to boil the milk for too long to avoid burning the chai mixture.

One version of preparing chai is as follows:
1. Prepare the spice mixture: use two teaspoons of a pre-mixed chai blend or create your own with your desired spices and tea.

2. Boiling the Water/Milk: Add your water/milk mixture to a sauce pan using your preferred ratio. Bring the mixture to a boil.

3. Add the chai mixture to the sauce pan and simmer on low for 4-6 minutes. You can brew longer for more intense flavors.

4. Strain the tea into drinking vessels. Add sweetener and top with nutmeg, crushed nuts, or other toppings if desired. Serve.

August 4, 2020
The Adagio Teas website has great tea samples at a good price! The site is user friendly and check out was a breeze. I’ve been very ple...
Ask us a question.
Anytime!
Questions?
Adagio Chatbot
You may ask me "Where is my order?" or "How much is shipping?" and I will gladly answer your question.
If you don’t like my answer, our customer support team will email you a reply shortly. Ask me!
>
.