Based on 1149 reviews
.
Your savings will grow with each shipment. Save 5% now, and up to 15% in the future. Please select size:
sample
makes 10 cups
$4
3oz
27¢ per cup
$10
16oz
17¢ per cup
$34
portions
12 single-serve
$9
teabags
15 full leaf pyramids
$10
This item has been added to your auto delivery. Visit account to manage content and timing of all deliveries.
A blend fit for royalty, this Indian inspired chai is a cinnamon lover's dream. The rich complexity of oolong tea lays a smooth foundation for a majestic cup, packed with savory spice notes and hypnotic aroma. Elements of cinnamon, ginger, cardamom, chicory and cocoa nibs harmoniously blend together creating an exciting, yet truly satisfying chai that is sure to tickle your taste buds.
Oolong Tea | High caffeine | Steep at 212° for 5 minutes.
Tea Timer 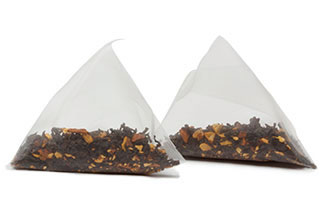 Our teabags contain the same high-quality tea as our loose-tea offerings. Their pyramid shape gives the leaves plenty of room to unfurl and infuse, placing more flavor in each cup. Enjoy the superior flavor of gourmet tea with the convenience of a disposable bag.
teabags
15 full leaf pyramids
$10 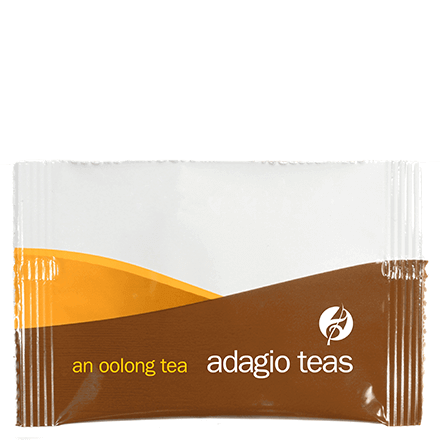 raja oolong chai
Simplify your preparation of loose tea with our "portion" packets. Each holds the right amount of leaves for one serving to enjoy at home, work or on the go. Simply rip, pour and steep, with nothing to measure or clean. Includes 12 servings.
portions
12 single-serve
$9

Cinnamon has long been a mystery to the Western world. Though it has been a popular spice since ancient times, it wasn’t until about the mid-to-late thirteenth century that Westerners actually knew where it came from, with rumors suggesting anything from it being fished from the Nile to it being collected from the nests of cinnamon birds. The real answer? It’s harvested from cinnamon trees in Southeast Asia. Oolong faces similar confusion in regards to its name, with several competing theories still fighting for the true name crown. So far as we can tell, none of them involve birds though.

Ask a question about raja oolong chai and have the Adagio Teas community offer feedback.

How long wil the tea stay good in your unopened packahing?
US
Asked by Ursula Starwood
on November 11th, 2018
1
VIEW REPLY
HIDE REPLY

where can i find the number of calories and carbs in adagio teas?
SM
Asked by sanford melmed
on May 26th, 2019
1
VIEW REPLY
HIDE REPLY

Instructions for steeping changed drastically between orders. Last time it was 2 tsp/cup and now it is 1 tsp/cup. Did the tea change? Is there a misprint?

Do the cocoa nibs in this contain dairy? I'm assuming not as you do not have an allergen warning?
JB
Asked by Jessica Barchard
on October 8th, 2021
2
VIEW REPLIES
HIDE REPLIES