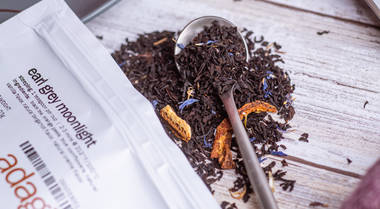 Hi Everyone, welcome to our first round of “PersonaliTEAs,” where you can get to know more about your favorite teas. This time we’re talking about the traditional fan favorite Earl Grey. 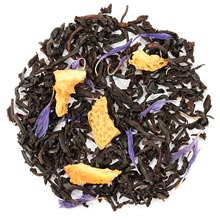 Earl Grey is a strong black tea flavored with the citrus fruit bergamot, which is also commonly used in other food products and as a base for perfumes, candles, and other fragrance products (it has a very woody, almost leathery scent, which gives a strong foundation for and pairs well with many other scents, particularly for more earthy candles or colognes). The flavor is characterized by the strong fruity, citrusy note from the bergamot, with people even going so far as to say that traditional Earl Grey tea smells or tastes like Fruit Loops (or at least the milk leftover from it). 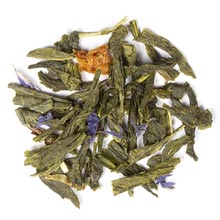 There are a lot of variations on this traditional flavor, however. For example, in addition to our traditional Earl Grey tea, we also offer Earl Grey Bravo, which adds orange rind for an extra zesty flavor; Earl Grey Moonlight, which softens the citrus with cream and vanilla flavors; Earl Grey Green, which swaps out the traditional strong black tea for a crisp, lighter green one; and Rooibos Earl Grey, which swaps out caffeinated black tea for a slightly softer, but naturally caffeine-free rooibos tea; Earl Grey Lavender adds lavender buds for big floral taste; and the elusive Earl Grey Bella Luna, only available during a Full Moon, adds coconut and cream. Because what makes an Earl Grey tea an Earl Grey is actually the bergamot rather than the base, every one of them can still count as an Earl Grey (with several custom blends offering even more variations). You can try them all at the links above or get them in a sampler. 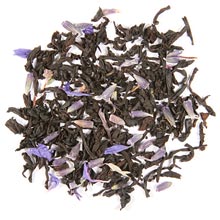 This isn’t the only fascinating quirk about this versatile tea, however. Something else worth noting is that there seems to be a great deal of mystery about where it actually comes from. A fond but untrue possibility that’s been floated along is that the “tea is named for Earl Grey, a British Prime Minister, to whom a Chinese noble entrusted its secret recipe for saving his life.” According to Wikipedia, other possibilities range from as simple as the result of a diplomatic gift to a way to combat the natural lime in the water at the Greys’ estate. Either way, there are claims to its existence going back as early as the 1830s.

Because Earl Grey teas can have such a wide variety of base teas, the preparation for each blend is going to be different, and you should pay close attention to the instructions for each. 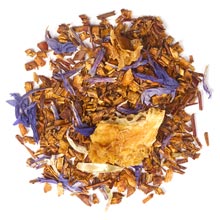 Generally speaking, however, if you have a traditional black Earl Grey tea, you’re going to want to use boiling water, steeping the tea for 3-5 minutes (maybe a little less depending on the blend/other ingredients). Earl Grey goes great either on its own or with lemon, sugar, honey, or milk, depending on your preferences and can be enjoyed hot or cold (for example, as an iced Earl Grey tea latte). It goes well in bags or smaller infusers and does not require the full teapot treatment for the leaves or flavors to unfurl like you might need for other more delicate or larger leaf teas. The aroma and taste are going to be characterized by the citrusy scent of the bergamot, which gives the tea a little more “zing” than your average English breakfast tea. 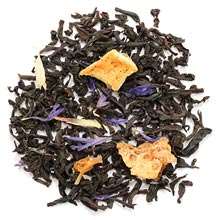 Bergamot is about as flexible in pairing with flavors as it is in scents, so Earl Grey goes well with a lot of different things. First and foremost, it makes a great breakfast tea or afternoon pick me up because of the strong black tea base. But, because of the citrus, it also pairs well with lighter flavors like apple, pear, lavender, scones, creams, lightly flavored cookies, chocolates, and more. Think afternoon tea in the garden, and you’ve got a good idea of flavors that pair well with Earl Grey. It also goes well in baked goods (sweet or savory), as a flavor infuser for certain liquors, or for sauces (also sweet and savory). A personal favorite of mine that you can ask for at your favorite tea or coffee shop (or make at home) is a London fog, which is essentially an Earl Grey latte with honey and vanilla. 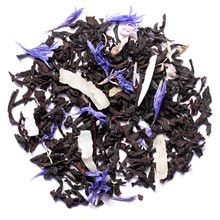 If you search for Earl Grey recipes, you’re going to find a wealth of information. Because the tea has such a long history and such a versatile taste, it’s been used in cooking, baking, and as the base for elevated drinks for a long time.

A couple of Earl Grey recipes we have on our Tea Chef site include:
Earl Grey Bread Pudding
Blueberry Gingerbread

I would also recommend doing a search for Earl Grey recipes with fruit tarts, a Fruit Loop latte, London Fogs, or anything that uses it in sauces, creams, or cakes being strong contenders for new favorites.

subscribe >>
Ask us a question. Anytime! Questions?
>
A flesh and blood human will soon answer you via email. Where should we send the response?
>
.