Throughout history, there have been rivalries (though, hopefully with the examples above, rivalries that are all in good fun). Tea connoisseurs and coffee indulgers have long argued over the best hot beverage to grace their mug, but out of the blue comes a drink to unite both factions: Arabica Tea.

Coffee drinkers and tea drinks can finally sit down at the same table and enjoy a beverage that will give hot-beverage enjoyers an appreciation for both everything the coffee plant is capable of and the tea drinking experience. Grab your favorite mug, put the kettle on, and discover this centuries old hidden gem.

What is Arabica Tea?

Arabica Tea (also known as Coffee Leaf Tea or Kuti) is an herbal tea made from the leaves of the coffee plant, either from Coffea robusta or Coffea arabica. While some people will cut and brew the leaves themselves, Arabica Tea bought through a store usually comes in a dried, crumbled form, similar to yerba mate.

Because it doesn’t come from the Camellia Sinensis plant, it is not considered a true tea but rather a tisane, or colloquially, an herbal tea.

Though this warm beverage has been enjoyed for centuries in Ethiopia and Indonesia, not many people know about this hidden gem of a tea. Besides not being widely known, harvesting the leaves causes the plant to produce less coffee beans which has a higher demand in the form of coffee. There is also the incorrect assumption that Arabica Tea will taste like coffee, which may put off some tea drinkers who don’t like coffee’s bold flavor. However, Arabica Tea is getting more attention in recent years, and is a great beverage for both coffee and tea lovers.

There are plenty of ways that Arabica Tea sets itself apart from both tea and coffee.

Because of Arabica’s lower caffeine content, it makes a great low caffeine alternative while providing a similar experience to green tea, so feel free to enjoy a cup closer to bedtime than other teas. While Arabica is low in caffeine, it’s high in antioxidants, even higher than blueberries, chocolate, or green tea. It’s particularly high in the antioxidant Mangiferin, which is claimed to be anti-inflammatory and helpful in maintaining the body’s insulin levels, making it a helpful agent against diabetes.

It has even been traditionally used as a home remedy for colds: the next time you feel a winter cold coming on, brew a cup of Arabica and throw a little honey in there to help relieve those pesky cold symptoms.

There are a couple of ways to brew Arabica Tea. Traditionally, it is boiled for at least 30 minutes, the idea being that the longer the tea is boiled, the sweeter the resulting beverage would be. Some Arabica brewers occasionally like to add a pinch of salt or sugar to their cup. However, Arabica Tea can also be brewed like most other herbal teas.

Measure out one teaspoon of Arabica Tea leaves per cup and pour them into your favorite infuser and mug.

Once the water has boiled, pour over the tea leaves. Allow the tea to brew for 5-10 minutes. 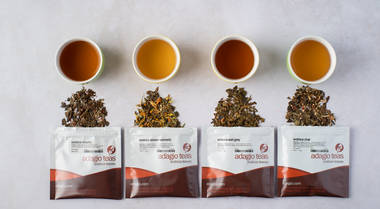 If you’re ready to try Arabica Tea but not sure where to start, look no further than Adagio’s Arabica Tea Sampler! The sampler includes four Arabica versions of your favorite teas. 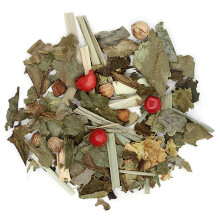 Walk into any coffee or tea café and you’ll no doubt run into a multitude of chai blends. But what you might not find in any coffee or tea café is an Arabica Chai blend. In Adagio’s Arabica Chai, the much-loved spices of chai are present: cinnamon, ginger, cardamom, cloves, red peppercorn. But rather than the black tea of a traditional chai, this tea blend comes with a lower caffeinated Arabica Tea. 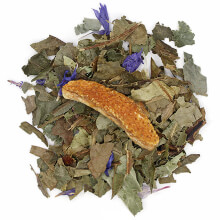 Earl Grey, the classic tea. Whether you’ve discovered it browsing your local tea café or wanted to try it because of a certain Star Trek captain (like a certain author of this article), Earl Grey is one of those teas you can’t go wrong with. And if you wanted to try Arabica Tea and already love Earl Grey, then Arabica Earl Grey is the perfect new tea for you! If you already love Earl Grey Bravo, this tea has the same ingredients except it has Arabica Tea rather than black tea. Trying a new type of tea has never been easier! 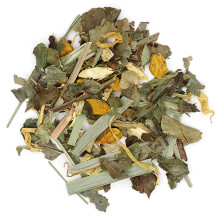 Who doesn’t love citrus? The great thing about Arabica Tea is that it has a nice flavor that also compliments other added flavors without overpowering them. And who can forget the potential benefits of having Arabica, Tumeric, and Lemon in a single blend? Arabica was used as a cold remedy for centuries. Lemon is a great remedy for sinus headaches. And turmeric has anti-inflammatory properties. If you find yourself under the weather, this tea is a great soothing remedy to put you back above the weather where you belong. 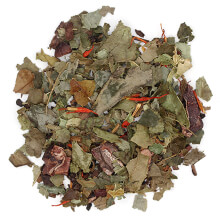 Want to get the health benefits of Arabica Tea but still want to feel like you’re drinking coffee? Well, with Arabica Mocha, you can get the best of both worlds. Blended with some of the same ingredients as your favorite coffee blends, this tea is great for when you’re craving a rich coffee blend but want to keep an eye on your caffeine intake. With this blend, you don’t need to abandon your favorite coffee blend just because you want to grab some Z’s in the near future.