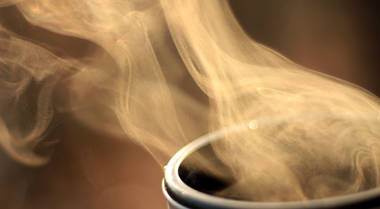 Our PersonaliTeas series has already started strong with fan favorites Earl Grey and Dragonwell. This time, we’re going for something smokier, the classic, always fun to say (and drink) Lapsang Souchong. 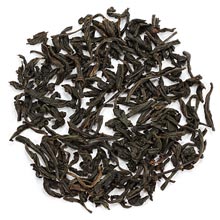 Lapsang Souchong is a tea most well known for its smokiness. Smoked over pinewood fires as part of the production process, our teas are smoked twice, once during withering, and again when they’re being rolled and oxidized. This process is done in smokehouses that are gigantic, even several stories tall. The tea leaves are spread out on different layers within the smokehouse, with holes in the floor allowing varying levels of smoke to pass through. The tea leaves absorb the smoky scent and flavor of the pine during smoking, which then gives it its characteristic taste. Its name is a combination of “Lapsang,” meaning “smoky variety” and “Souchong,” which refers to the fourth and fifth tea leaves of the tea plant from which the tea is made.

What is less clear, is Lapsang Souchong’s history, with its origins shrouded in as much myth and mystery as the smoke used to make it. It is often recognized as the world’s first black tea, with origins dating somewhere around the Ming or Qing dynasties in China. Sources agree that its creation was an accident, but exactly what that accident remained unclear. Some suggest that passing bandits or armies disrupted the typical growing season, forcing the farmers to speed the process by smoking the leaves, others that soldiers slept on tea bags, thereby bruising the leaves (with subsequent smoking to make up for the delay), others still that the tea was saved only after those same armies or bandits burned down the pine buildings in which the tea was stored.

In any case, those who have followed after that historic mishap have long since enjoyed the benefits of its creation, not only for the many health benefits it (like all teas) provides but also for its unique flavor within the tea world.

Lapsang Souchong can be enjoyed in a variety of ways, really depending on how much smoke you like. Our suggested temperature and steep time is 3-5 minutes at 212° F (100° C), but you can adjust that to taste or add something like milk or creamer to mellow out some of the strong smoke flavor. Though its strongest flavors come from the smoke and flavor of the pine, it can also have a slight sweetness to it and has sometimes been compared to whiskey, not only for its strength, but also for its flavor. We offer it by itself or as part of the Coffee Addict Sampler. 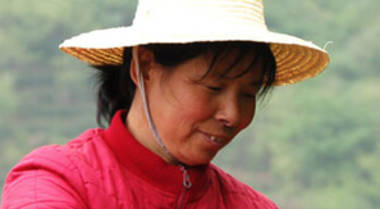 It is a part of our Roots Campaign, which means we import directly from local farmers (as with all our teas) but let you get to know some of them! If you order teas from our Roots Campaign we'll send you a postcard which you can write directly to the farmers! More information about one of our Lapsang Souchong growers, Fang Ai Hua, is available here!

You can also add it to other teas or custom blends to give that extra sip of smoke, or to create even more unique flavors like this bacon blend!

Because of its distinct smokiness, Lapsang Souchong fills a unique role in the tea cooking and pairing world. Used as an additive for things like dry rubs and barbeque sauces, it’s a great way to give your favorite protein some extra smoke, but can also pair well with heat or, on the flip side, sweets like chocolates (s’mores anyone?) or truffles, as long as they are rich or strong enough not to be completely blown out by the smoke.

More delicate flavors can be washed out by Lapsang Souchong’s flavor, so if pairing with anything like sweeter fruits, citrus, or floral flavors, Lapsang Souchong may not be the best fit, or should at least be used with caution. Lapsang Souchong is also the primary tea of choice in making traditional marbled tea eggs, as featured in Culinary Tea by Cynthia Gold and Lisë Stern and outlined here.

If you’re looking into cooking with Lapsang Souchong, our TeaChef site has a plethora of options to get you started, with anything from barbecue sauces to jams, desserts, meats, stews, noodles and more.

If you make any of these, don’t forget to rate and review them on TeaChef, and to share your recipes with us @adagioteas on social to earn Loyalty Points towards your next purchase!

January 25, 2021
Excellent quality for tea lovers
Ask us a question.
Anytime!
Questions?
Adagio Chatbot
You may ask me "Where is my order?" or "How much is shipping?" and I will gladly answer your question.
If you don't like my answer, our customer support team will email you a reply shortly. Ask me!
>
.