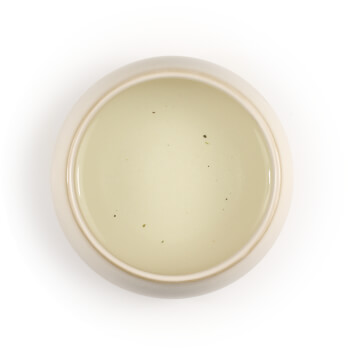 This year's Yu Qian Bai Cha offers a gentle yet complex cup, silky texture, with notes of delicate almond, macadamia and fresh young pea pod. It remains a beautiful tea for those who want the experience of a green tea without the sharp grassiness found in other styles.

Grown at 900 meters above sea level the 4 cm long leaves are hand-plucked in mid-April, from 8-year-old trees. Its local name is "Shi Nuren". With "shi" meaning stone, and "nuren" meaning woman. The metaphor is that it is difficult for the stone woman to produce children, as it is difficult for the Anji tea trees to bear seeds.
Green Tea | Low caffeine | Steep at 170° for 2-3 minutes.
Tea Timer

Anji bai cha translates to "Anji White Tea" despite the fact that it is indeed a green tea. Bai Cha or white tea refers to the near-white color of its leaves. Due to its misnomer, it is occasionally referred to as a white tea, but the process used to make it distinguishes it as a green.

Anji County in Zhejiang Province is a picturesque mountainous region well known for its 60,000 hectares of bamboo groves. The bamboo grown here tends to have a sweetness, not unlike the Yu Qian Anji Bai Cha.

Anji Bai Cha shares many similarities with Gyokuro. They are both quite high in their amino acid content and L-theanine. However, their appearances differ greatly as Anji Bai Cha is lighter in color. While Gyokuro, which is shade-grown, is rich in chlorophyll, giving it a deep green appearance.

The origins of Yu Qian Anji Bai Cha can be traced back to the emperor in the Song Dynasty, Song Hui Zhong, who was said to have enjoyed this tea so much that he devoted an entire chapter about it in his book. 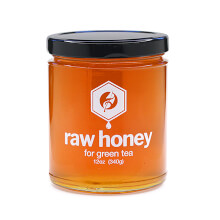